An app to obtain anonymous measurements of digit ratios (2D:4D)

Download on the
App Store Get it on
Google Play

A now widely studied putative marker for prenatal sex hormones exposure or, more precisely, for the relative exposure to testosterone compared to estrogens while in uterus, is the second-to-fourth digit ratio (2D:4D), that is the ratio between the index (2D) and the ring (4D) fingers.

Earlier studies that have stood the test of replication have reported that 2D:4D varies by sex and ethnicity but that male 2D:4D tends to be lower than female 2D:4D in all ethnic groups and the effect is strongest in the right hand. These differences emerge prenatally and appear to be stable during the developing years.

While a number of failed replications have been reported, 2D:4D appears to be successfully associated with cognitive abilities, impulsivity, aggression and risk-taking, among other effects on personality and cognition.

User-centered design with the aim of achieving the best possible user experience.

The objective of the research project is to collect anonymous measurements from multiple individuals.

Get your digit ratio with a minimum number of steps thanks to our application. 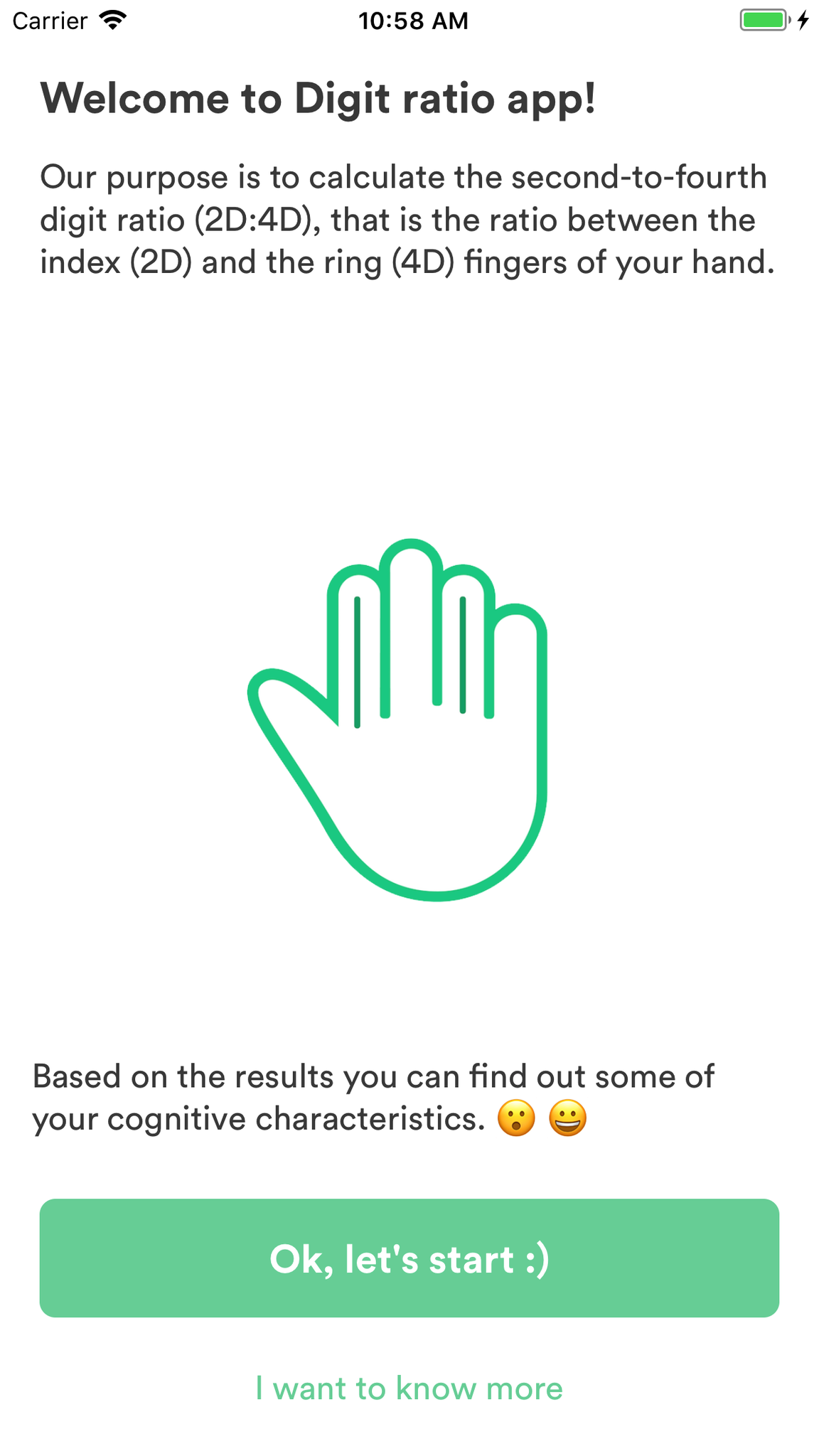 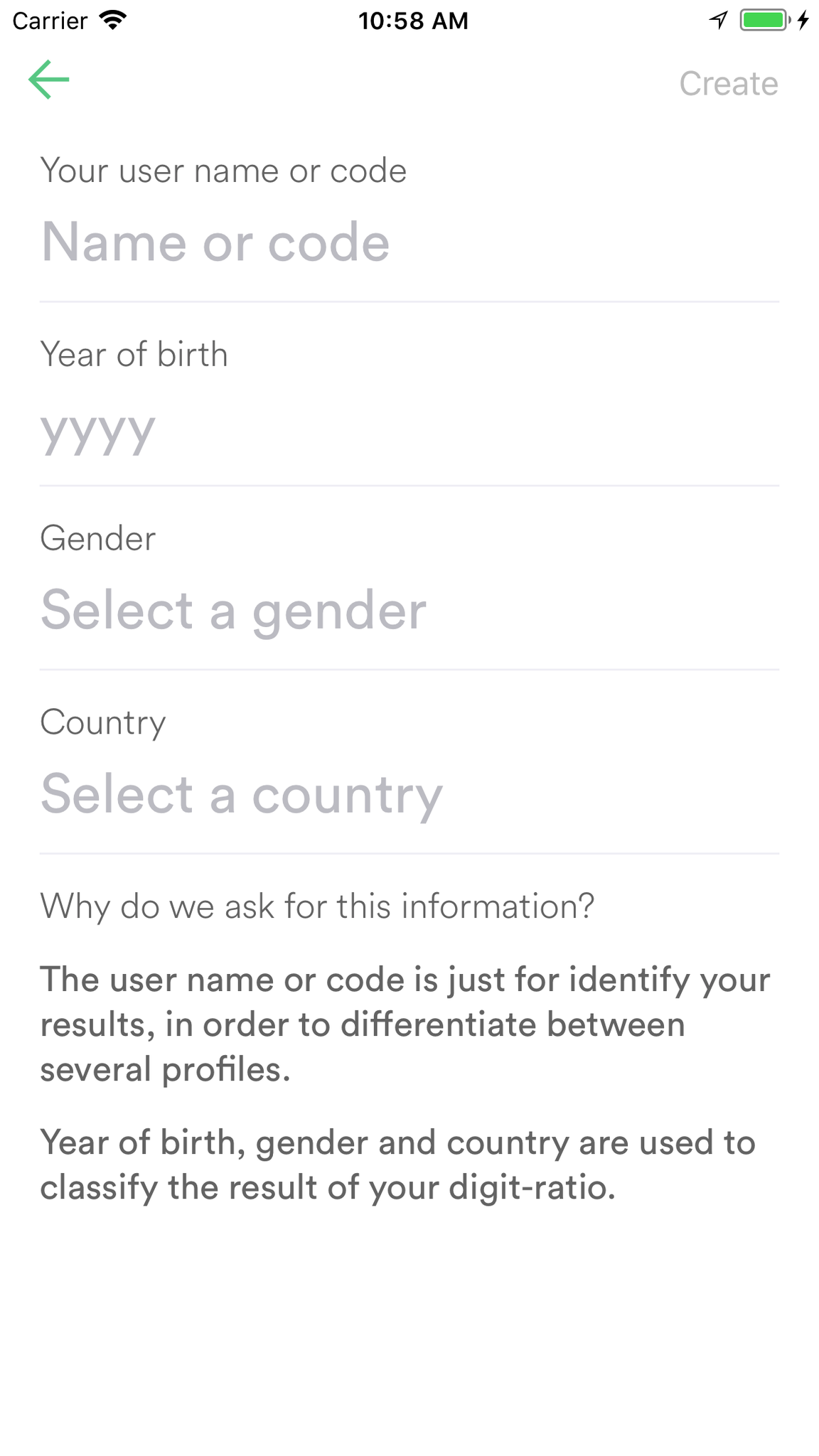 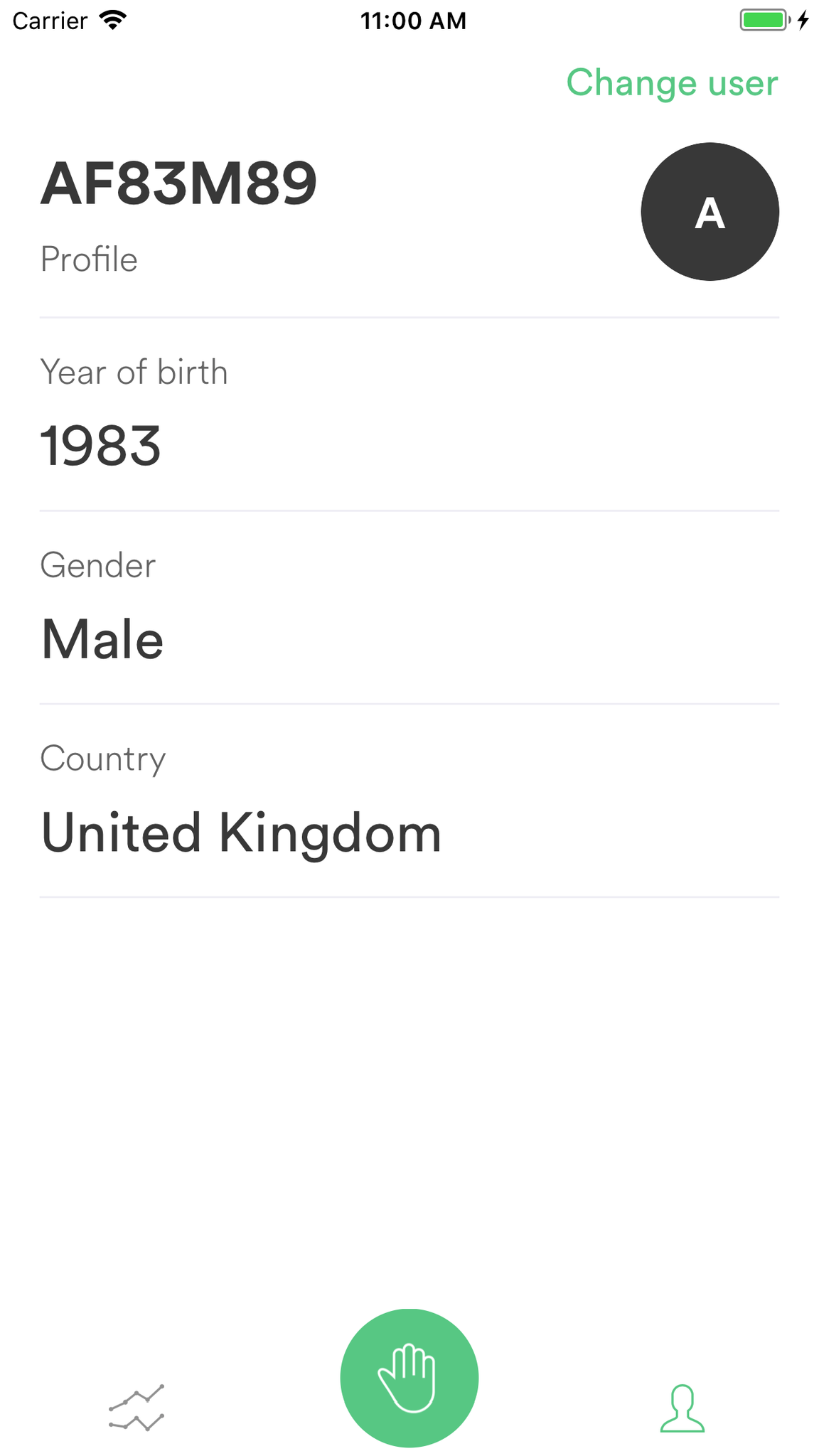 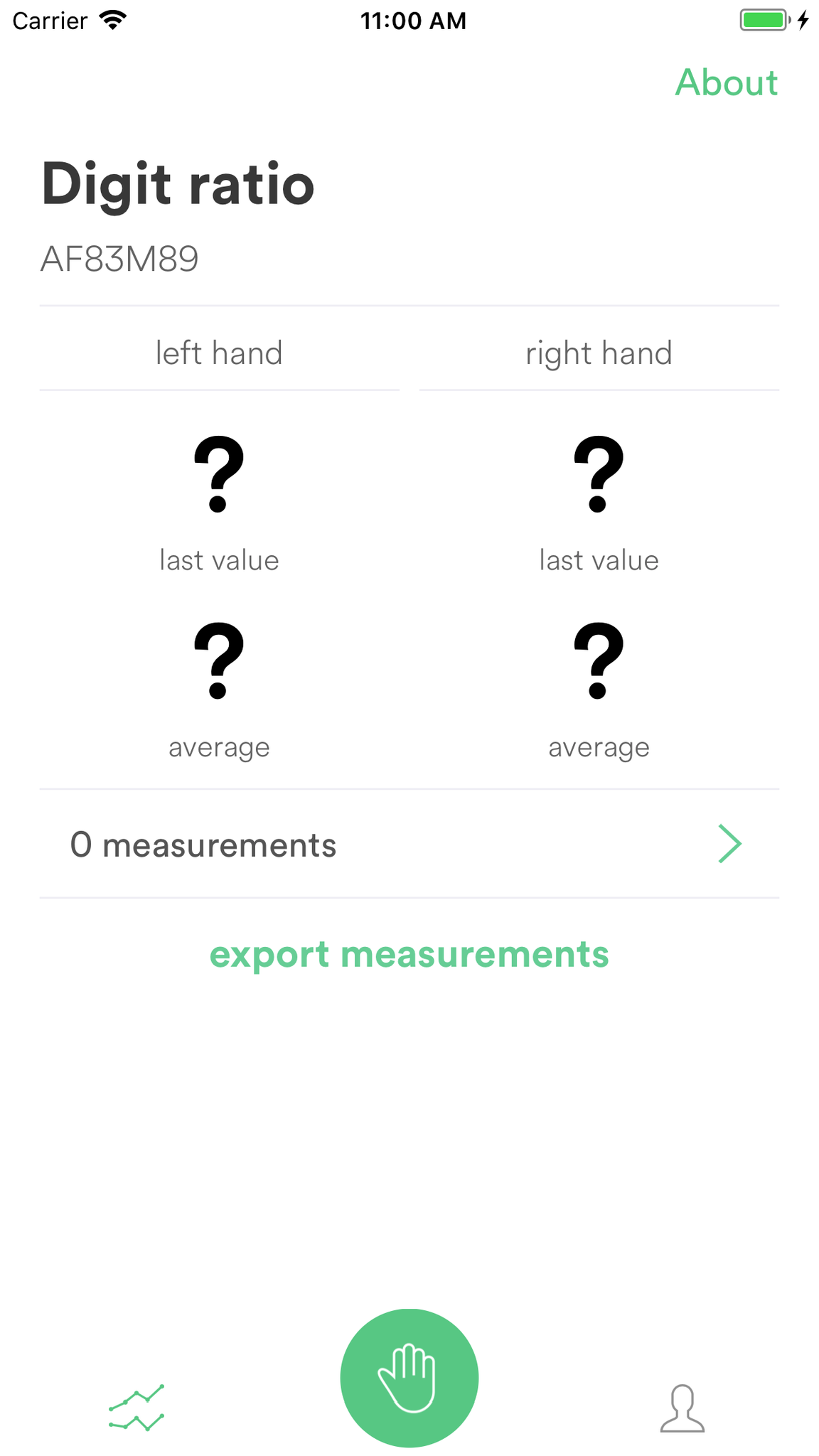 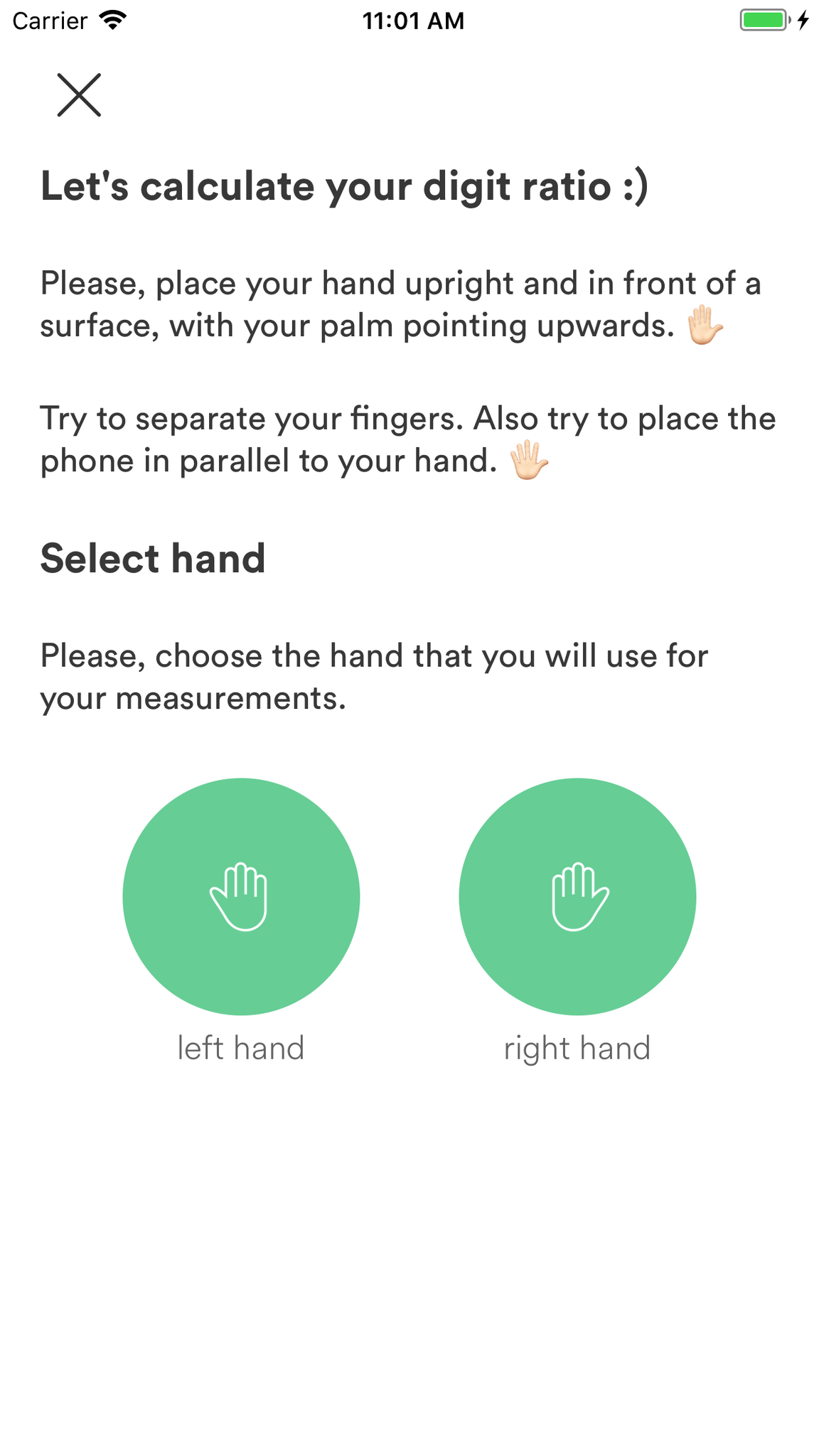 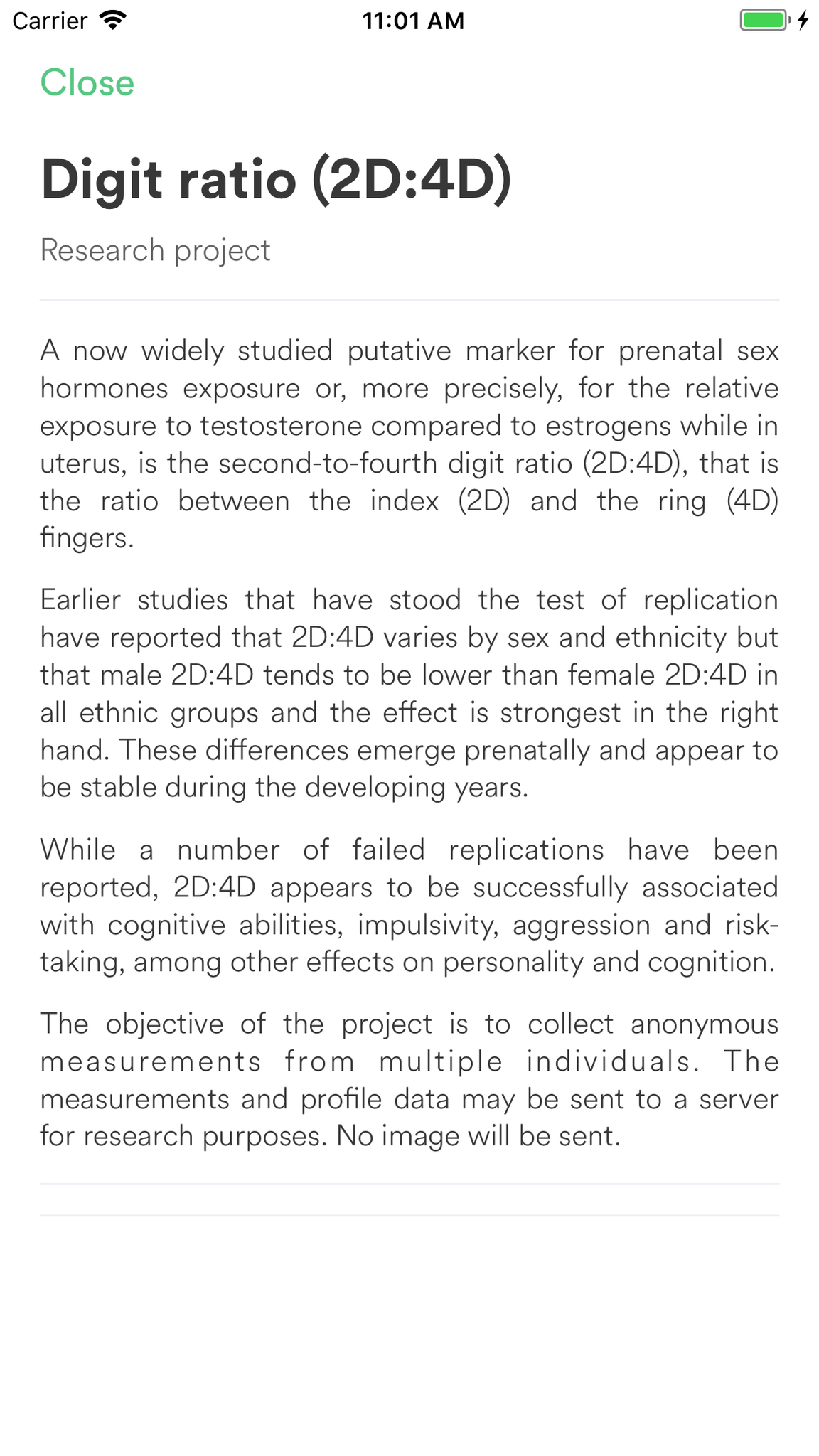 Download on the
App Store Get it on
Google Play

If you have any questions or suggestions, you can contact us by filling out the contact form.